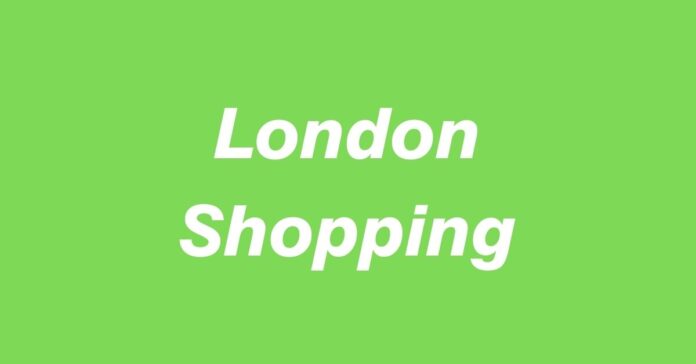 The Fetish Freak store is totally independent, bringing you the very best range of fetish gear available. Jonathan will always give you a warm welcome and be at the helm offering his unique friendly service. Fetish Freak stock all the essentials such as aromas, condoms, and lubes.

Often with stock a bit different from everyone else, with a very interesting Twitter account. You should check both out!

Their idea was simple, to bring everything fashion, fetish fun under one roof. The Fetch team wanted to create a store that had something for everyone, that was inclusive and put the customer first. At a time when many retailers were closing their doors, they saw an opportunity to create a brand experience unlike any other. Putting it simply, They made FETCH Happen.

The London store opened in Clapham on the 26th January 2018. Located close to both Clapham High Street overground and just a few minutes walk from Clapham North underground at the heart of the gay community in Clapham.

In July 2018 Fetch launched an industry-leading 3 hour delivery service to selected London postcodes. Nobody delivers like FETCH. With another store in Vienna, Austria, it really is now a growing global brand, recognised by EAN magazine EROTIX AWARDS as Retailer of the Year for 2019.

Always with a fun and colourful window, inviting you in to see what’s new. From fetish to just fun and sexy products, you can buy everything from a puppy mask to flavoured lubes. Friendly and helpful staff are always on hand to help if you are a regular, tourist or totally new, with always great offers and deals across different ranges, go check them out!

A very important piece of gay history, Gay’s The Word is the UK’s oldest LGBT bookshop and a touchstone for the broader LGBT community. The bookshop was set up in January 1979 by a group of gay socialists as a community space where all profits were funnelled back into the business. This ethos continues today with shelves bursting with books and the space used for book and community events, all stewarded by three members of staff: Jim, Uli, and Erica.

Across the website, they have included details about their history, features in print, radio, and film, photographs and recordings from past events and our new online shop.

You always know you’ve entered the gay village when you spot those little neon paws on the outside of the corner store that is Prowler Soho. Selling everything from Gay DVD’s to kitch Pink Poodles and Gay Flags.

Prowler is a well-established brand within the gay community with over 25 years of experience. Founded in 1989 and opening its first retail store in 1997.

Founded initially as a publisher of gay magazines, they have grown over the years to be one of the largest gay retailers in the UK. Prowlers mail-order service has been delivering high-quality products to gay men around the world since the early 00s and has become a trusted name for gay men internationally.

Don’t miss their fantastic underwear range including their own “Prowler” line!

Prowler RED is the darker fetish brand of Prowler Stores. Located in the old Fifty & Dean location, right in the middle of Old Compton Street. Always sporting huge window displays, tempting you over to the dark side. Tempted to enter? Go on! You’ll find everything from jockstraps to leather harness, hoods, cockrings and everything in between. Anyone who’s into fetish, this is their mecca. With alternative ranges, including fashion T’s and caps, there’s something for everyone. Go get your fetish on!

Liberation – the Libidex boutique in London’s Covent Garden – not only stocks a wide range of Libidex latex clothing but is central London’s only latex clothing store. They’ve been established since 2004, and we’re still serving the fetish public!

Described as “London’s coolest kink boutique”, Liberation’s ground floor and discreet fetish basement are well supplied with a good selection of garments from the Libidex latex collections, and offer a fascinating range of good-quality accessories, gifts, adult toys and a few kinky antiques, for your delectation!

There are two changing rooms, supplied with talc and wipes, and the premises are fully air-conditioned. They also have the Libidex catalogue available for you to browse on a tablet while waiting for your partner to try on their outfit!

Liberation also sell tickets for many major fetish events in the UK and the rest of Europe. If you’re in London, Liberation is a ‘must’ for any keen rubberist.

Spread over two floors, Regulation London is one of Soho’s destination fetish stores. A licensed sex shop and stockist of a huge range of own-brand and labelled men’s clothing, bondage, and fetishwear, with spacious changing rooms and a custom fit service you are bound to find something just right. You can shop instore or click and collect seven days a week.