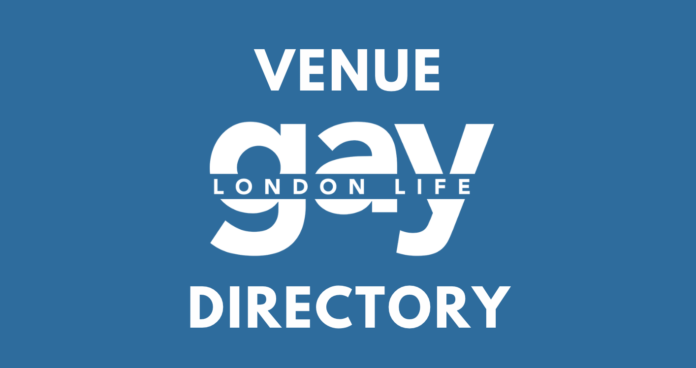 Long before the gay village of Vauxhall as we currently know it, Vauxhall was rich in gay highlights, stretching back to the original Vauxhall Pleasure Gardens, situated just behind where the RVT sits, on the edge of the Vauxhall Cross. Opening in the 1600’s The Pleasure Gardens were a place Londoners would go to enjoy music and entertainment and go to have fun and party.

Moved forward to between 1860-62 when the Royal Vauxhall Tavern was constructed, originally as a music hall and public house. This historic building has been the home to queer people and drag entertainment dating back to the 1950s and became the epicentre of the village in Vauxhall, often a naughty secret, it produced its own grassroots star Lilly Savage with an 8-year residency from 1988. As the late 90’s hit, the clubbing revolution began, The Market Tavern was already a packed nightspot, with very popular cabaret and dancing, then starting with Crash and Crash Afterhours, South Central down the road becoming what we now know as the Eagle and the host of the worldwide success, Horsemeat Disco, Club Colleseum hosting the famous afterhours. Beyond before it moved to  Fire, a huge superclub, Barcode, and Area, all hosting parties starting on Thursday with Gravity at Fire, touring around Vauxhall, Ultra at Area, Juicy, Later and then back to the RVT for the famous Dame Edna experience on a Sunday and not forgetting The Hoist, for something darker, the home to a whole leather community.

Vauxhall is still going through a massive transformation, a lot of development and change. It still remains a thriving queer centre although we have had the closure of many venues, like Crash, Hidden, Factory, Chariots, The Hoist, Counter and Paris Gym.

The Bridge has become one of Clapham’s most popular gay venues, famous for its fantastic cocktails, regular pub quizzes and any Clapham gay worth their salt will vouch for the sun trap that is their large picnic benched beer garden in Summer.

Now very well placed next to the new Fetch Shop and Arch Bar & Restaurant, now is the time to get your pastel vest n flip flops on and get down to The Bridge.

The George & Dragon is a late-night bar in the traditional British pub style, offering a variety of the best drag cabaret at weekends and on special occasions. During the week, they’re open until 2am for a late-night tipple and a game of pool, and whatever night you choose to visit, you can be sure of a friendly welcome. Watch our for amazing performances by the Queen of the George, none other than “The Duchess”.

Proudly serving the gay community of Clapham for over 30 years. One of South London’s most famous cabaret venues, with cabaret on offer 7 days a week, karaoke and pub quizzes throughout the week and separate VIP areas for party bookings.

Friday and Saturday nights, their very own nightclub is open, so whether it’s a weeknight after-work drink or a party weekend, the Brewers has it all. With very warm and friendly bar staff and fabulous drinks offers daily. Mines a Mojito!

A free-spirited Free House, with a well-curated selection of beers, wines and cocktails, that are as refreshing after work as they are at 2am! First established as the Cock Tavern, the Georgian era pub was transformed into a tiki bar in 2003 and known as the London South Pacific bar until it was taken over in 2018. Respectful of the Cock’s colourful past, it’s been brought back to the original name and reworked the Tiki interior with a nod to the Georgian legacy to create their very own Georgian Tiki style. Fantastic south of the river drinks offers and cocktails daily. Very popular gay spot in the heart of Kennington.

An iconic landmark on London’s club scene, Eagle London stands proudly as London’s most eclectic and inclusive venue that the city has to offer.

Whether it’s dancing, drinking with your mates, shooting pool or watching a show in the new Eagle Theatre Garden or listening to live artists, Eagle has something for everyone.
Home to the Sunday night internationally renowned Horse Meat Disco and a host of Saturday night parties (Debbie, Athena, SOS), Eagle aims to cater for every taste and to give their visitors a good time, right in the heart of Vauxhall. Since 2003 Eagle London has stood out as a destination of choice for London’s nighttime crusaders, Vauxhall locals and for visitors to the city. They welcome all to join them and have a fantastic time with the best live entertainers, DJs and performers that the capital has to offer.

One of the most famous gay-friendly venues in London, hosting all types of events but with mainstay Gay and mixed nights such as AM, and the world-famous afterhours BEYOND.

Their idea was simple, to bring everything fashion, fetish fun under one roof. The Fetch team wanted to create a store that had something for everyone, that was inclusive and put the customer first. At a time when many retailers were closing their doors, they saw an opportunity to create a brand experience unlike any other. Putting it simply, They made FETCH Happen.

The London store opened in Clapham on the 26th January 2018. Located close to both Clapham High Street overground and just a few minutes walk from Clapham North underground at the heart of the gay community in Clapham.

In July 2018 Fetch launched an industry-leading 3-hour delivery service to selected London postcodes. Nobody delivers like FETCH. With another store in Vienna, Austria, it really is now a growing global brand, recognised by EAN magazine EROTIX AWARDS as Retailer of the Year for 2019.

Operating in the heart of Kennington and fresh from a comprehensive refit, the Locker Room is one of London’s best-kept secrets. They have a long history of welcoming discerning locals and travellers who wish to add a little flavour to their evenings in a safe and relaxed environment. Welcoming men who want to connect with men without inhibition in an attitude-free zone.

The Locker Room is famous for offering high-quality facilities at the best level of service. From the moment you walk through the door, they guarantee good vibes and even better company.

Located in the famous Elephant and Castle. Ministry Of Sound is probably one of the most famous clubs. With a fabulous outdoor terrace holding some amazing outdoor summer parties as well as inside a state-of-the-art club. Home to parties like Matinee, The new Revolver, and B:EAST Club nights as well as a number of Gay nights over the years like Le Troya.

ICONIC… !! We don’t really need to say anything else. We do really, I’m not sure any other venue has as much history as this corner of Vauxhall.

Former victorian music hall turned gay mecca, host to cabaret mosts nights of the week and clubs on a weekend, from Sunday social to Beefmince, Bar Wotever to live performances from stars like, Sonia, Liberty X, The Dame Edna Experience.

The Royal Vauxhall Tavern has been known as an LGBTQ+ cabaret venue since the 1980s and since October 2005 has operated exclusively as a performance venue providing cabaret shows, live music, panto, dance performances stand-up comedy, musicals, club nights and more from every area of the LGBTQ+ community as a licensed premise. In short, many people have the best memories of the time they spend here. It’s a magical place and one we couldn’t recommend enough.

Under an arch along the famous Vauxhall strip. Union plays hosts to nights from Hard On to Bootylicious to techno and Dance nights

Walk-in and straight away, you feel the dark underground new york vibe, right under the nose of MI5. I think that makes it even more exciting.

With regular drinks offers, parties and all-nighters, there’s always something fun going on. Pleasuredrome is a world-famous spa for gay and bisexual men. Gay-owned and managed, Pleasuredrome attracts more than 15,000 guys per month of all types and ages from London and across the world. This award-winning spa is unique in being open24 hours a day, 7 days a week, every day of the year. Pleasuredrome is the only gay venue in the UK that never closes.

The team at Pleasuredrome are so excited to welcome you all, with a multimillion-pound refurbishment, new bar, pods, seating and places to explore, this already luxurious spot promises to be even better, we can’t wait to go!

The Fetish Freak store is totally independent, bringing you the very best range of fetish gear available. Jonathan will always give you a warm welcome and be at the helm offering his unique friendly service. Fetish Freak stocks all the essentials such as aromas, condoms and lubes.

Often with stock a bit different from everyone else, with a very interesting Twitter account. You should check both out! 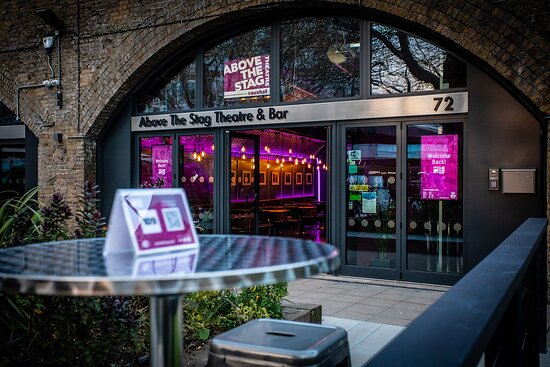 Above The Stag Theatre.

Situated on the famous Vauxhall strip, in its recently completely refurbished arches, a cabaret lounge, and bar, Above The Stag Theatre, is an Off West End theatre with a focus on producing LGBT-themed theatre.

It is the only producing venue in the UK presenting a year-round programme of LGBT-interest theatre. Space comprises a 100-seat main house, a 60-seat studio and a café bar. With an eclectic mix of wonderful productions all year round, it’s a MUST visit!