THEATRE REVIEW: ” Funny Girls” at Upstairs at the Gatehouse 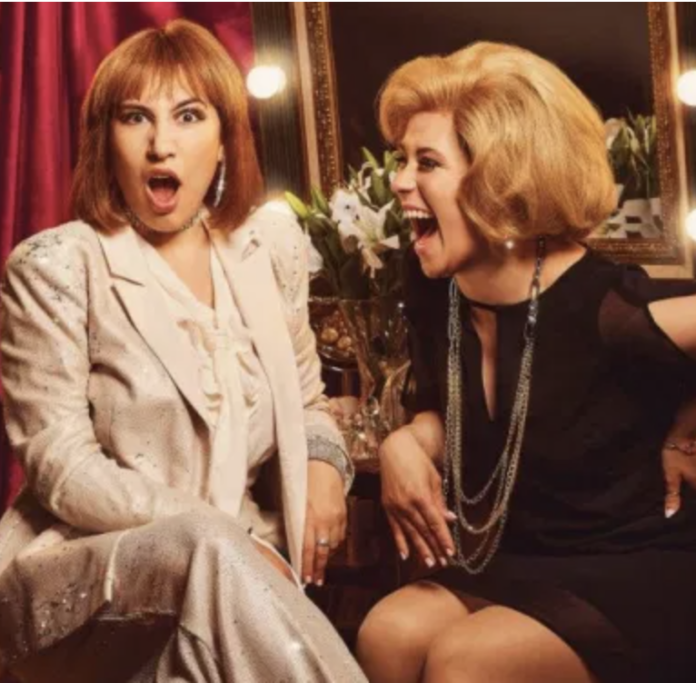 Roy Smiles fictional stand off comedy The Funny Girls, is a play that brings an intimate backstage encounter between the young Barbra Streisand and Joan Rivers and is an engaging clash of ego and wit, laced with the Jewish humour you would expect from these two fabulously funny and immensely talented Queer icons.

With its first act set back in 1959 Streisand (Rosanna Harris) and Rivers (Mia Tomlinson ) are starting out in their early careers and co-stars in a terrible off broadway play, performing to as little as 8 people a night! Streisand is a shy 19 year old with dreams of stardom but at this nights performance she is particularly on edge, as both her agent and her mother, her harshest critic, are in the audience. As such Streisand wants Rivers to change her character from a Lesbian to a Thespian to spare her embarrassment! Rivers 26, also has hopes of fame and fortune as an actress and contrasts Streisand’s anxiousness, with her confidence and sharp one liners. 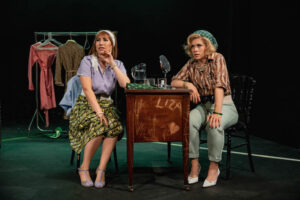 Forward ten years in Act 2 and in a similar setting backstage except the previous shabby backstage room is now in Streisand’s opulent Las Vegas dressing room, reflecting a much more confident and  hugely successful star and Rivers, who is well known as the co-host on The Johnny Carson Show. The pace is picked up with a confident and slight arrogance in both women who duel out their battle for superiority behind emotional revelations smothered in hilarious Jewish humour.

Rosanna Harris is an uncanny lookalike to Streisand who delivers that New Jersey accent and tone to Streisand’s voice  – which we get to hear in its best form when she performs an acapella version of ‘My Man’. Both actresses have impossible shoes to fill in playing such iconic divas but manage to pull it off brilliantly. Mia Tomlinson, has perhaps the harder task of emulating the raspy tones of Rivers voice but the script allows her to deliver the acerbic trademark wit of Joan Rivers and she has her gesticulations down to a tee.

From overbearing mothers and the queer element of closeted homosexual lovers, the play rallies between the thin line of love and hate between these two formidable women. With no cards left unturned this is an endearing and hilarious play that tackles issues of jealousy, insecurity and the price of fame and happiness. 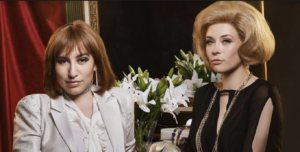 How to Get There: The closest stations are Archway and Highgate (Northern Line)