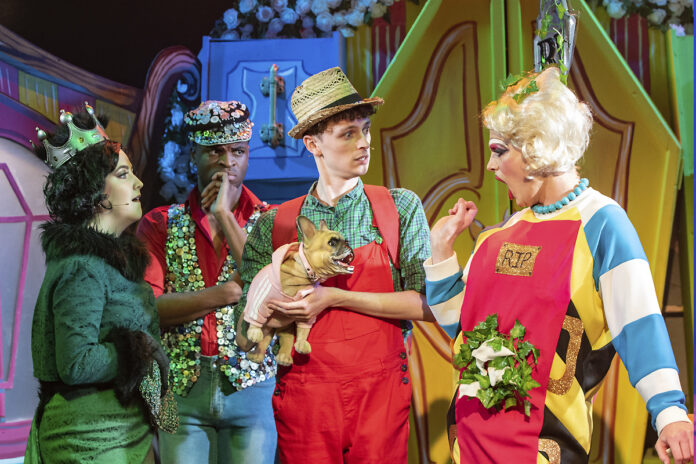 Dick Whittington: A New Dick in Town, Above The Stag review – ‘exactly what you need to chase away the bah humbugs’

Ready or not, here comes panto season. For with an appetite for something dirtier than the Palladium can provide, there is one place on which you can always rely to get your filthy, festive giggles. Above The Stag and their annual adult panto is an institution that’s been years in the making, and this latest edition does not disappoint. Dick Whittington: A New Dick in Town is exactly what you need to chase away the bah humbugs. 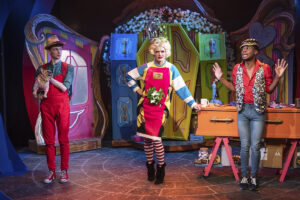 Arriving in London for the first time, a wide-eyed and naive Dick Whittington (Jonny Peyton-Hill) hops off the train ready to begin work at a major fashion retailer. Accompanying on this adventure is his trusty Insta-dog Ariana, appropriately garbed in a pink velour tracksuit. It’s not long before the duo bump into Alex (Keanu Adolphus Johnson) who’s busy vending vaccines on the city’s busy streets. Having discovered a magical orb that has dubbed him the Spirit of London, Alex is strangely drawn to Dick and feels that he is destined for great things. 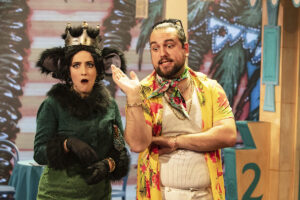 Here to piss on their chips is Queen Rat (Nikki Biddington) who hits the stage looking like some combination of a British Karen Walker and something you ran over on the M5. With her eyes set on becoming Mayor of London, Queen Rat is ready to destroy whoever stands in her way – especially the alluring Dick. Thwarting his career plans, she leaves Dick out on a limb leaving him to beg for work at the Fitzwarren Funeral Home who are committed to putting the ‘fun’ back in funeral. With Dick’s help, Sarah (Matthew Baldwin) and Cyril Fitzwarren (Bradley Walwyn) strive to turn their struggling business around. 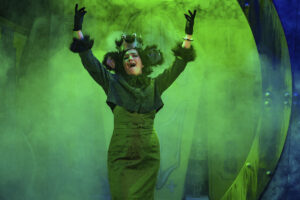 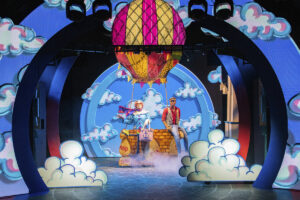 As our panto dame, Matthew Baldwin is a dab hand at working a crowd and wrapping them around her acrylic-nailed finger. Never missing a beat and relishing every slip up, Matthew sets the standard that every dame should strive towards. More than able to keep up, Nikki Biddington is delicious every minute she spends on stage with knock-out vocals and ready to play with her audience. Made up of only five players, the entire company works together well to create a fantastically vulgar adventure under Andrew Beckett’s direction. On stage, Keanu Adolphus Johnson is clearly the administrator of the bunch, and succeeds to keep this delightfully chaotic show on track. 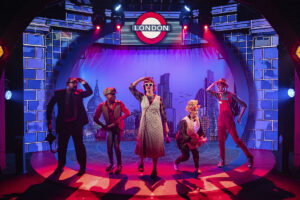 Whether you’re one to enjoy them or not, the Above The Stag panto is a creation all its own – a festive gift that keeps on giving. So gather your gays together, throw back a few glasses of Prosecco, and prepare to get your winter jollies on with ‘Dick Whittington: A New Dick in Town’.

You can book your tickets HERE