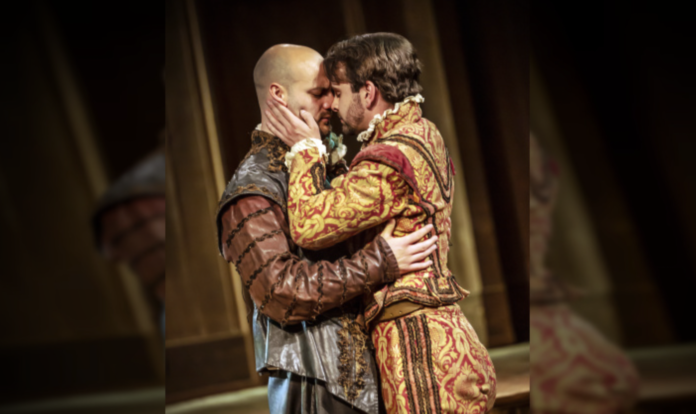 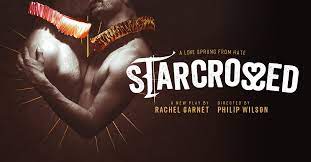 There’s something about nuzzling down for a performance of Romeo and Juliet at a historical venue that is hard to put into words. It’s something in the air – a warm feeling that envelops you only to start penetrating your senses. In Starcrossed – under the glow of fairy lights at Wilton’s Music Hall, as the cast of three harmonise to a jacobean tune – this feeling is almost overwhelming.

Reimagining the well-told tale of the fated lovers in fair Verona, this rendition centres around another couple who are doomed to tragedy. Instead of Romeo and Juliet, Tybalt and Mercutio are our titular star-crossed lovers. While many productions of Shakespeare’s plays have sought out the queer subtext in his work, Rachel Garnet takes things further to create a new ‘Shakesqueer’ play that goes beyond the Bard.

If you aren’t familiar with the original plot, here’s a quick refresher: two households both alike in dignity, the Montagues and the Capulets. Young Romeo of Montague falls in pre-teen love with Juliet of Capulet, they secretly marry before Romeo murders her cousin Tybalt for killing his bestie Mercutio. Romeo is forced to flee but not before hatching a plan with Juliet which goes tits up and eventually leaves them both dead. Keeping up? Well, in Garnet’s version, Mercutio and Tybalt are also engaged in a forbidden love affair. 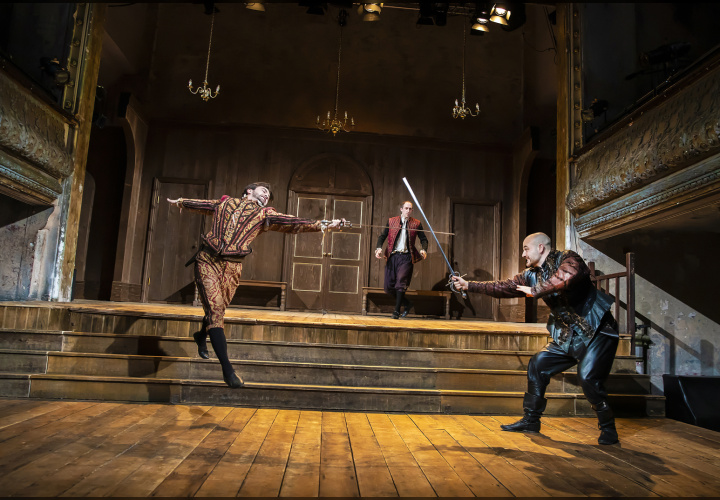 Leaning on the original text before bravely venturing into fresh verse, Garnet fearlessly composes something that – shock horror – would not seem out of place in the First Folio. The untrained ear would struggle to pick up on where we depart from the centuries-old masterwork and where she picks up the quill for herself. It’s truly astonishing. Under Philip Wilson’s deft direction, a certain authenticity is achieved – if not livened up with much-welcomed slapstick to keep us on our toes.

As our central queer lovers, Connor Delves and Tommy Sim’aan have real chemistry which leaves you wishing you’d had a front-row seat to whatever happened during the interval. Delves’ energetic and deliciously posturing Mercutio is a thrill to watch as he minces about the stage, with the cumbersome dialogue resting naturally on his tongue. Sim’aan’s brooding and troubled Tybalt brings an intensity to the role so often dismissed as a bloodthirsty brut. Playing almost all of the play’s supporting characters is Gethin Alderman who never misses a beat and keeps the play rolling, providing much-needed comic relief. Alderman has a tall order and fills it with great skill and panache.

This, ladies and gentlemen, is an evening of Theatre with a capital ‘T’. Nothing but a small cast of players, a static set and a mandolin or two thrown in for good measure. Salubrious writing is dotted with songs for an evening of performance that slams its manicured hand down on your reset button to leave you feeling renewed.

GET YOUR TICKETS HERE!