Alright Bitches!, Above The Stag review – ‘more innuendo than you can shake a flip flop at’

If you’ve never packed your bags for a cheap and cheerful holiday with your favourite queers then you haven’t lived! At least, that’s the impression you’re left with having enjoyed Above The Stag’s latest production. With more innuendo and tanned muscled torsos than you can shake a flip flop at, Alright Bitches! is a bawdy evening of camp holiday revelry that’ll have you booking a RyanAir flight to the trashy tropics.

We meet odd couple Jason and Ollie as they land for an ill-fated stay at Los Hombres Gay on the gayest of the Canary Islands. Celebrating their first anniversary, it’s clear that the two may not be on the same page when it comes to having fun in the sun. Older sophisticate Jason (Wilson Armour) would prefer an intellectually stimulating expedition into the cultural wilderness while his bright-eyed and bussy-tailed companion Ollie (Marcus J Foreman) finds his paradise at the Yumbo Centre. Goaded by their outrageous new neighbours Max (Josiah Eloi) and Garth (Daniel Breakwell), there’s no end to the mischief this queer quartet gets up to.

Crafted especially for the Above The Stag back in 2016, Martin Blackburn’s laugh-a-minute gay romp is tailor-made for a crowd who love nothing more than an endless pour Sex On The Beach, and maybe evenen a cocktail or two. Delving into the murky waters of what it truly means to have make merry without limits and with questionable taste, this is a hilarious portrait of gaycationing as you feel your party playlist reach its penultimate song. 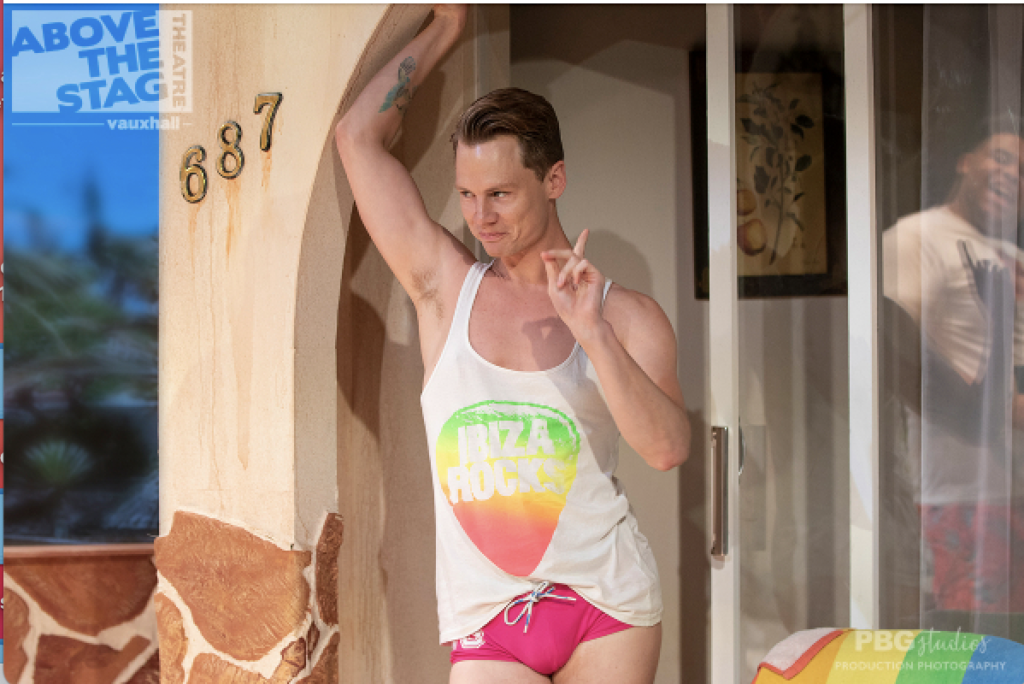 Delivering much of the production’s silly factor is social worker Pam (Jackie Pulford), the archetypal fruit fly who enjoys buzzing around homosexuals for her thrills and giggles. Having embarked on this holiday with hopes of losing her virginity, it soon becomes clear that she may not be built for a life of promiscuity. A real standout is David Shields’ set design which somehow brings a distinct impression of a sun-drenched Gran Canaria resort to a Vauxhall railway arch. Vibrant and impressively authentic, the set truly brings this performance to life.

Alright Bitches! is sure to titillate a crowd ready for a light-hearted evening, who may or may not already be a few cocktails in. Having said that, we’d recommend not swallowing too many of the ‘Juzzcuzzi’ advertised in the program without your antibiotics at the ready. Under Bryan Hodgson’s direction, our cast of characters reach their admittedly predictable conclusions with delicious vigour and spirited tomfoolery. 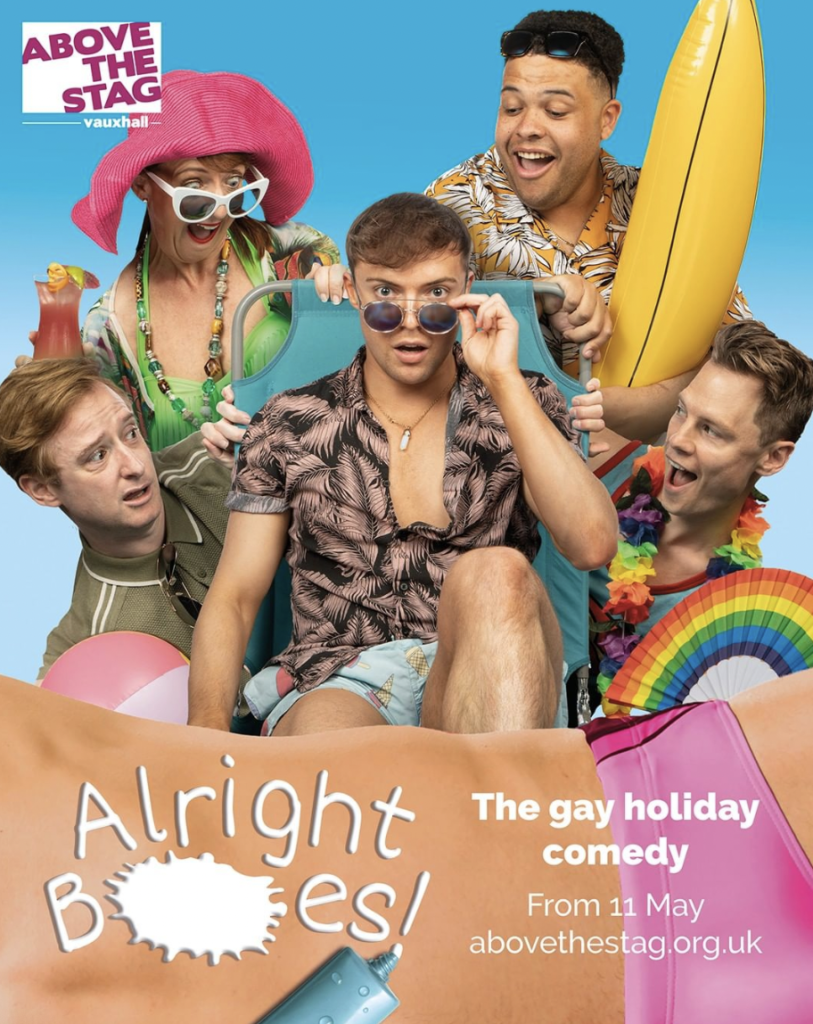 Alright Bitches! is playing at Above The Stag, N7 until Saturday, 4th June 2022. Tickets are available to purchase HERE.