It’s time to shine: Conleth’s Queer Mic Residency begins at Above The Stag 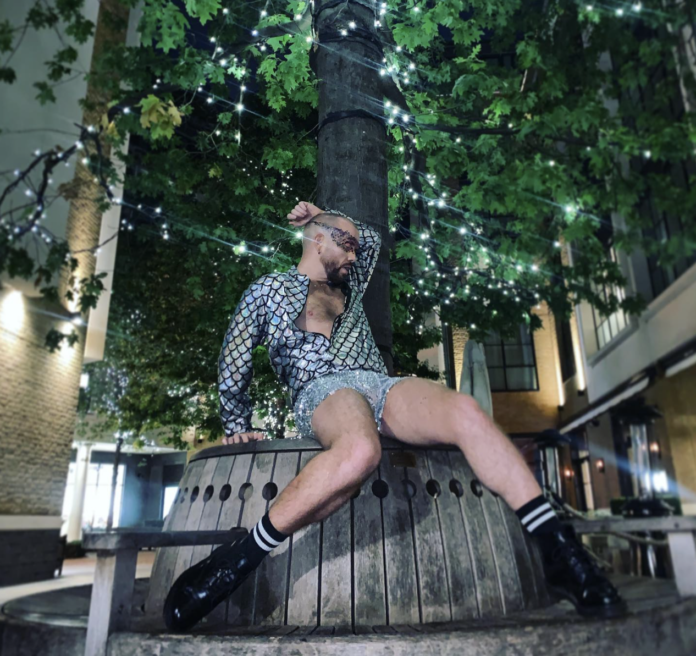 Now you might be familiar with the talent that is Conleth Cane! You might have seen him perform live at a venue in the capital or dancing down Old Compton Street in one of his pop videos.

What you might not know is, Described by OK Magazine! as ‘the breath of fresh air we all need right now’, Conleth recorded his debut album ‘Proud – Live in London’ at a sold-out show at The Crazy Coqs in London’s West End in Oct 2018 seeing him shoot to Number 2 on the iTunes Singer/Songwriter Charts in Feb 2019. His debut self-penned EP ‘Liberty’ went to Number 7 in the iTunes Singer/Songwriter Charts.

His song ‘Proud’ has just been remixed by world-leading pop producers ‘7th Heaven’ and was released last month – it’s available now on all major music platforms.

So, he’s well versed in what it takes to make progress in the music industry. We all start somewhere and Conleth has decided to look for the next new talent and give them a platform.

‘Conleth’s Queer Mic’ at ‘Above The Stag’ Theatre in Vauxhall – an open mic night for new, emerging, and established Singer/Songwriters from the LGBTQ+ community living in the capital.

Conleth says: “It’s a really great way to reach other budding Recording Artists in London who may want an opportunity to have a showcase of some kind. Also, there may be creatives who just want to pop along to enjoy the show or meet like-minded people.”

“Ultimately, I want to engage with the widest range of artists from our community, from musical styles to identity to ethnic backgrounds. It’s really important to me that I create a diverse evening of entertainment. The money made at the box office is distributed between the Artists – I’m trying to eradicate the mindset of asking or getting Artists to perform for free”.

“There is a real sense of optimism in the air for Artists following the past 2 years and I wanted to create a night to celebrate and support one another as we rebuild our lives and careers after the pandemic”. 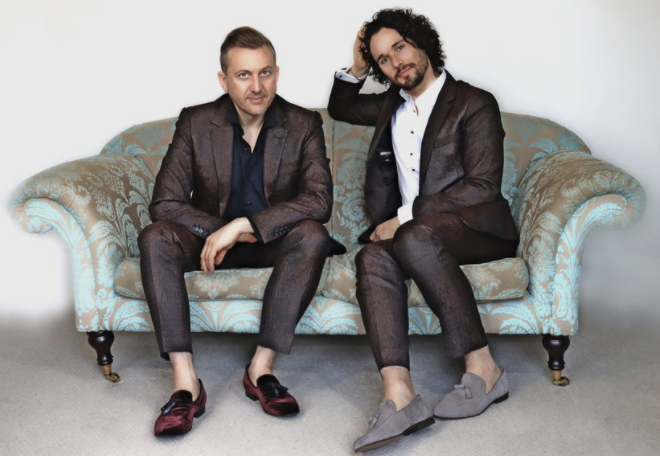 Together Chris & Shimi form the exciting musical Piano & Tenor duo – Tiano. Chris has been described as “an ace pianist” by the UK’s Telegraph and as “the real deal” and “a total showman” by New York critics. Shimi has performed in West End shows such as Chicago, Evita, Dirty Dancing, and Bombay Dreams. Chris is an award-winning writer and composer whose musical Over The Threshold won the MTM Award for Best Music at the Edinburgh Festival, 2009. The British Theatre Guide stated that “Hamilton is clearly a very gifted composer”. Chris started writing songs with Shimi during the pandemic, two of which were featured on Sky TV. 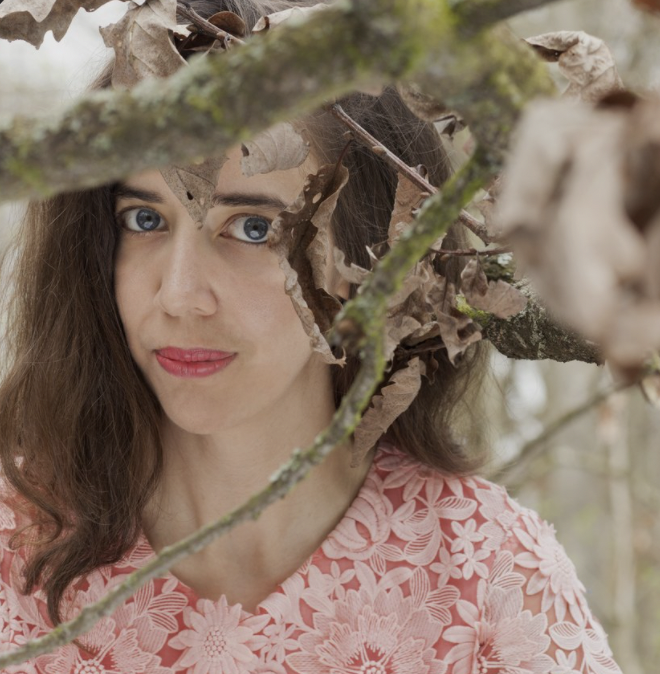 Sarah Rose (Bodalbhai) has worked predominantly as a pianist and musical director, with many of London’s top drag and cabaret performers. In 2021 she plucked up the courage to go it alone as a singer-songwriter, releasing her debut single, Soar, in February and her debut EP, Beautiful Ruins, in November. She also performed a solo show in June at the Phoenix Arts Club, a venue close to her heart where you can catch her every week as pianist for the Saturday Supershow with Michael Twaits. 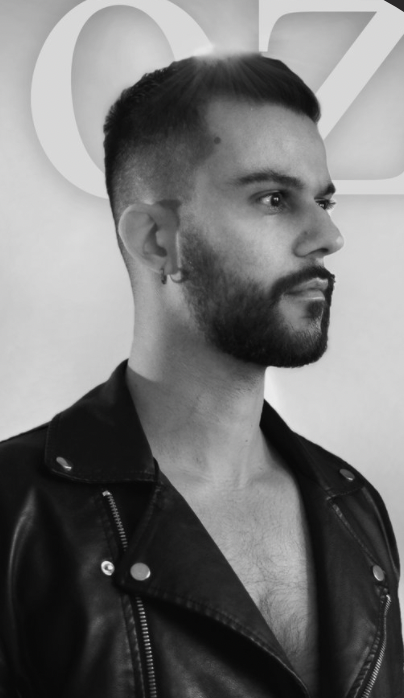 Oz is an Istanbul-born musician, YouTuber and performer who has been working in the queer scene of London for almost a decade. Being a classically trained pianist, Oz has collaborated with so many figures from the British LGBTQ+ scene alongside hosting one of East London’s most popular open mics, ‘Babel Open Mic’. His music is almost a crossover between mellow notes and catchy tunes, by sometimes unexpected uplifting cabaret numbers!

Conleth’s Queer Mic At Above The Stag

Get your tickets HERE! 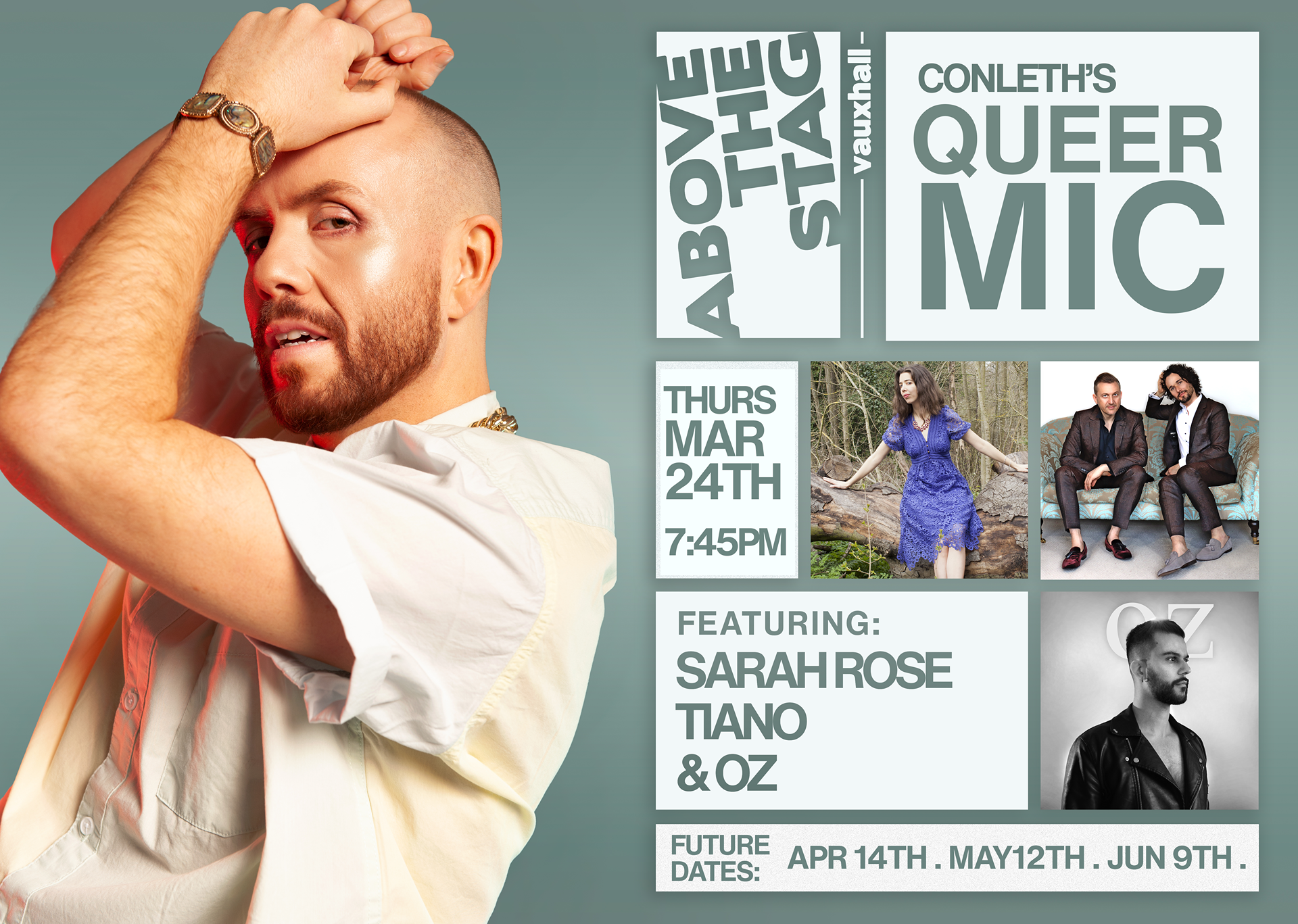 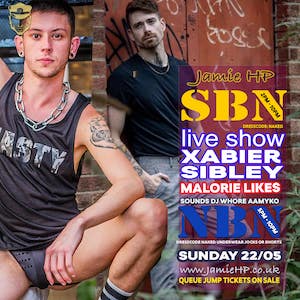