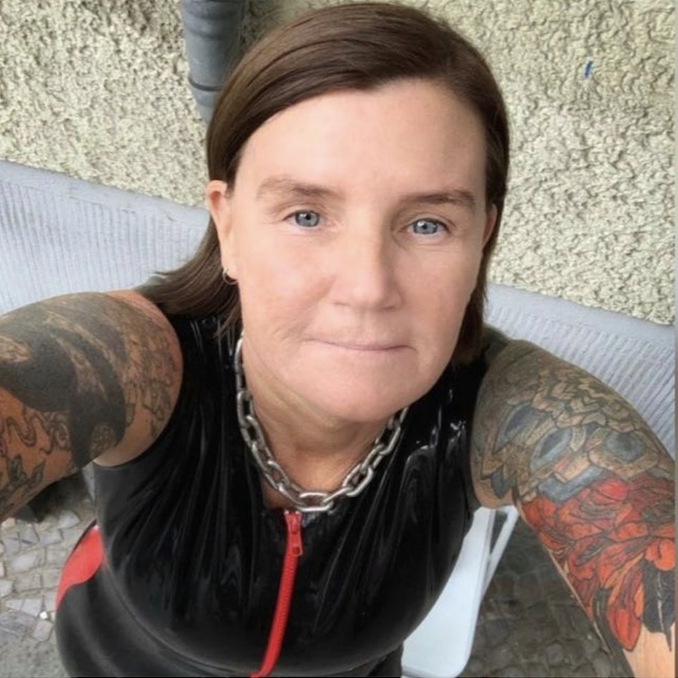 GLL: Tell us, what can the city’s filthy pigsters expect from Hard On’s Pride special?

GLL: Can you give us any teasers as to the evening’s live show? Are we in for any surprises?

SK: Taking the reins on this weekend’s hard fuck show is a trio of crowd-pleasers. First up, it’s bearded adonis Ale Tedesco who’s no stranger to us here at Hard On. He always delivers the goods. Then it’s Spanish stallion John Rodriguez who’s sure to get the crowd rock-hard in seconds. Last but not least there’s top Daddy D.Dan flying in from Switzerland. He’ll be sure and get your juices flowing.

GLL: Hard On regulars DJs Brent Nicholls and Barlow will once again be on the decks. What is it about their music that keeps things hot and heavy?

SK: They know exactly what the crowd wants to hear when they’re going at it. To really get that Hard On edge, we’re always keen to get these two to play their cock throbbing tech house. 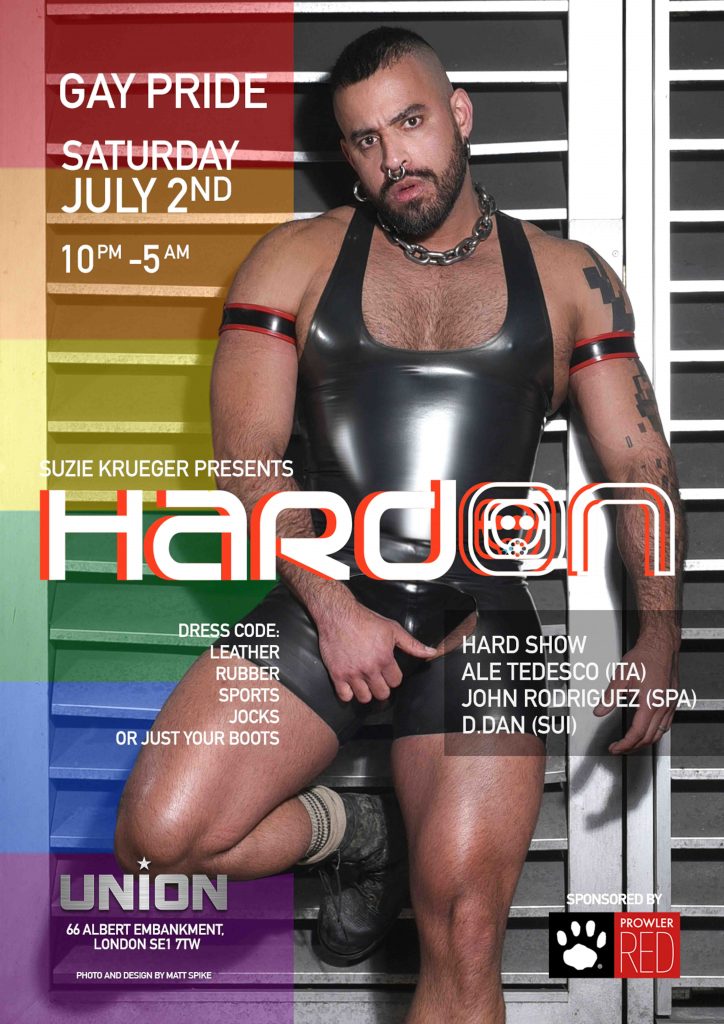 GLL: To anyone who’s never been to a fetish event before, do you have any pointers on how to get the most from an event like Hard On?

SK: Come with an open mind. It’s important to know exactly what you’re getting yourself in for, and that you’re up to roll with the punches. Dressed up in your gear, surrounded by like-minded guys who’ve all come for the same thing, it’s easy to get into the swing of things. I’d also say maybe pace yourself the first time around – the first benches will still be there on your next visit.

GLL: The strict dress code is key to a good fetish night, why is it important that folks get geared up?

SK: It’s a major party of the night! Rubber, leather, sports, jocks & harnesses or just your boots get you in the mood for a full-on sleazy session at Hard On! Anyone on the fetish scene will tell you about the transformation that takes place when you don your gear. All of a sudden you’re down for anything, ready to freely express your sexuality and go after exactly what you want.

GLL: With so much discussion around having kink at pride, why is it important that fetish still has a home during Pride?

SK: Before the corporations took over, Pride was all about letting your freak flag fly. It’s an event that’s supposed to be all about owning your identity and sexuality, so leave your toddlers at home. It’s great to see the leather and rubber guys still fighting the good fight during the parade.

GLL: Lastly, when the doors open at 10pm on Saturday, 2nd July, who do you hope to see coming through the doors?

I hope to see a crowd of excited oinksters hungry for a hot night full of action! Whether they arrive in their gear or are ready to get stripped in the changing areas.

It’s time to sexabrate our Pride.

Hard On Pride is 10pm – 5am on Saturday, 2nd July at Union, Vauxhall SE1 7TW. Tickets are available on the door or on their website, by clicking here